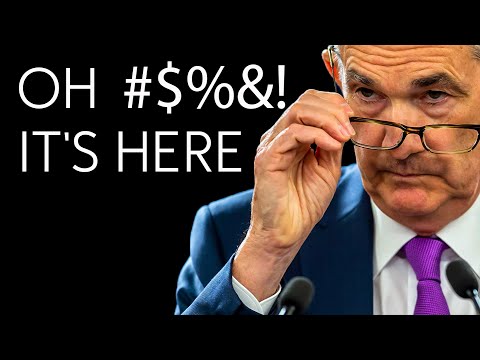 It all starts with a random phone call...

The job? I cold called Nigerians and South Africans, convince them to open a CFD trading account with up to 1:400 leverage and make them deposit as much money as possible. Now, a bit of background;
This was happening in Sofia, Bulgaria and as much as I know, still does. The poorest country in the EU. Average monthly salary is $700, average monthly pension is around $180. Imagine a low budget version of the shittiest boiler room movie you can recall. You are not even close. A Turkish prison looks much better. Not even a cubicle. A table, and as much people sitting on, below, around it, etc. So, you are calling those people and you chase them 8 hours a day, with the sole purpose of taking their money. Lying is okay, no regulation, dialing through a VPN, using stage names. Now, the people who worked there were mostly young people, quite stupid to be honest.But really, really manipulative, deceiving, sneaky, stone cold liars. In my working docs, it said I was a "marketing specialist". In the actual company though, you are either "sales" or "retention". The sales agent must close the lead, gets a deal on the board and passes it to the Retention agent. And the madness begins. CFD`s are banned in the US, so those types of companies work with the rest of the world. For the last 8 years, South Africa, Italy, Germany, UK and Spain are the biggest markets.
So, fast forward,a few months pass and I end up being a Retention agent. On my second day there, the boss comes out and says the Top10 salaries in the department. At this point of my life, I though $1500 is an amazing salary, considering the average is 7$00.
"$46 000, Mr.X" "$35 000, Mr.Y" Etc... Umm. What? So how you make so much money? Once you get a lead, your job is to tear him/her apart. Lie, manipulate, build chemistry, build solid KYC, promise the world, scam and take every last penny of the poor soul. 95% of the First Time Deposits are below the $500 mark. Then the retention agent makes sure to throw the poor soul in the ocean of CFDs. One thing amazes me quite a lot. Most of the people who open accounts are genuinely stupid, some are totally broke. The company wasnt regulated, there were like 250 comments in forums that we are scammers, but people still joined.
"But I read in the web that you are not regulated and you will steal my money"
"If I write an article that you are a gay, would this be true?"
Boom. That easy. Throughout my whole career I have literally seen amazing stuff ...a person saying "no" for 10 minutes straight. Then he deposited Grown ass men, being screamed at like they`re in 2nd grade. A guy from Nigeria, used to scream while depositing and losing $75 000.
He claimed he was the Tiger of Forex. Lost a bit more than $800 000.
Depositing and losing. The retention agent`s commission was based on the net amount of deposits and withdrawals of your portfolio. Depending on the money you had brought, the commission was between 3% and 8.3%. Different bonus accelerators, bonuses for trading volumes, spread generated, incentives, etc. The best agents brought between 350k/700k a month. Once again, almost nobody from the whole department knew anything about the financial markets. But once you get a lead who has no clue what is going on, you paint the picture.
When you can make a few hundred percent gain in a day... Why not? Literally can not go tits up.
We called the clients and the show began. Exposing their accounts on a 100%, calling them for more money when the margin went down, we educated them! You will be amazed, how a man can believe a voice in the phone more than he can trust his eyes and own mind. From day 1, you see what kind of a person you are dealing with. Some go massive yolo. Some open one trade a week. Some literally spend 18 hours a day, losing since the beginning. So, in a way,as an ex gambler I started to feel bad. Seen so many depleted credit cards, broken lives, it really put me in perspective. Yeah, money was good for a 22 year old. Seeing a few guys who were making upper 6 digits was quite motivating. Eventually I could not take it. I know how it feels, being a gambler. So, as I saw both sides of the coin
Took a break and a few years later I began working in a regulated company. But the job is still the same. I just can not lie... a lot : ). But I noticed something else. Now I am actually trying to help the clients. I don`t pitch them for more money. I am trying to really help. Literally telling them and warning them about everything that can go bad. Most folks now do not really want to speak with me, because they think I want to screw them (cant blame them) And somehow I reach the company target, while browsing reddit, smoking a pack a day, scratching my balls and going yolo on a demo account :) My question is: Should I leave my portfolio alone and see how much people will lose? Should I actually pitch them and chase their money and make more commission for me? Or should I continue trying to actually help them make money, but clearly waste my time?
PS: yolo, buy #vxxb (already inverted)

The 10 Cheapest Countries To Live or Retire You Might ...

Steve Bannon, former White House chief strategist, joins "Squawk Box" to discuss the status of the China trade talks. Also at the table is guest host Tom Fri... На Forex пазара най-търгуваната валута е американският долар. Повече любопитна информация можете да откриете ... Here I used a Wenge bowl blank to make a vase .. It didn't really turn out out like I wanted.. I should have taken more note of the grain before gluing up ..... mittelhessen.de ist das Nachrichtenportal der VRM Wetzlar GmbH, dem größten Zeitungsverlag in Mittelhessen. Haltet euch hier mit aktuellen Videoberichten aus... You often dream of quitting your job, ditching it all and moving to paradise. In this video, International Living revealed top 10 cheapest places to live & r... Did we ever really escape the financial crisis of 2008 or did we kick the can down the road and quadruple the problem? We certainly didn't solve anything and... Robert Kiyosaki broke the internet with this life changing speech. They don't want you to see this! This is why the poor stay poor and the rich get richer! RICH...